Unplugging – There’s (not) an App for that.

On my morning drive into work, I shuffle between several radio stations. News Talk, Country, Top 40, and “Family Friendly.” On Monday morning, I found myself engaged in a conversation that was taking place on Atlanta’s Q100.

The topic: are we too “plugged in”? Particularly, they were focusing on kids that play video games and watch movies for hours each day. 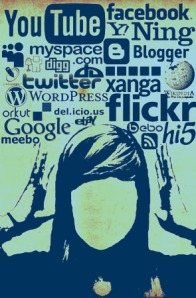 I was sitting on the couch and took a moment to look around. The scene in my house looked like this:

My wife and I were both on our laptops.
The TV was on.
I had Twitter, Facebook, and a blog up.
Both of us had our cell phones near our lap.
One ear-bud of my iPod was in so I could hear the music I wanted to download.
And did I mention I was trying to carry on IM chats with several kids in my church youth group?

Don’t get me wrong, I love social media (obviously). And the technology that our generation has at our finger tips is nothing but astounding.

But, being in a business where “building relationships” is key, it’s hard to learn the boundaries. According to HR Examiner, the most influential recruiters are those “plugged in”. In fact, 100% have a blog, 40% have more than one blog, 96% are on Facebook, 88% on Twitter, and on average have over seven different presences in social media (LinkedIn, MySpace, Facebook, Twitter, Blogs etc).

Should I even touch on how many passwords you need to remember?

So, my question to you, does our generation know how to unplug? Is there an app for that? Should one of the 3,000 text messages teens send per month say “turn off UR cell”. I also believe one of the main reasons 64% of Americans watch TV online is so they can multitask.

It’s hard. Trust me. I tried last night and lasted till about 9pm when I checked the weather online, then found myself bouncing off into four other sites within a matter of minutes.

My prediction for social media in 2011 – people will be seeking “balance”. Learning how to leverage the powerful tools, yet not spend their energy trying to be in all conversations at all times – becoming better at targeting the right conversations.

So, now that I’ve written this blog, I’m going to turn-off my computer and go for a run. . . after I check Facebook one last time.

Adam Waid is a revenue marketer. With over 10 years of industry experience Adam is a strategic thinker who has a passion for producing revenue-generating results through solutions-driven marketing. Director of Customer Success at Pardot a Salesforce Company, Adam is focused on customer adoption, building scalable processes and programs, and delivering increased customer satisfaction and retention. Adam has a passion for ensuring Salesforce customers achieve the highest revenue possible using marketing automation. Adam is extremely active in the Atlanta marketing community. He was named 2014 Atlanta Interactive Marketer of the Year by AIMA; chairs the Marketing Automation group within the Atlanta Interactive Marketing Association (AiMA); organizes quarterly marketing automation meet-ups, teaches Digital Marketing courses, has written over 60 marketing blogs, 5 digital marketing eBooks, and speaks regularly at industry events.
View all posts by AdamWaid »
« Previous post
Next post »

3 responses to “Unplugging – There’s (not) an App for that.”